Find out about the UK standards that cover different types of ladders here and about the latest changes to EN131 and the new classifications for Professional and Non-Professional use.

Ladder standards in the UK have changed to a single British and European standard covering all types of portable ladders. Our Werner ladders have to meet the new EN131 standard, where applicable, with ladders having a load capacity of 150kg. There are one standard with two classifications: EN131 Professional and EN131 Non-Professional.

See what Werner ladders go through before you even take a step on one.

EN131 is a European committee for standardisation (CEN) harmonised standard for portable steps and ladders, manufactured from metal and certain other materials such as GRP. It covers minimum safety requirements.

There is one standard with two classifications: EN131 Professional and EN131 Non-Professional.

Why have ladder standards changed?

The European Commission was dissatisfied with elements of the previous standard and issued an EC Mandate for the standard to include additional requirements for stability, slip, durability and strength in position of use which will help in preventing the main causes of ladder related accidents.

A harmonised standard has been introduced in the UK which revokes any existing national versions.

The UK had differed from other European countries with a standard specific to ladders intended for domestic use (BS2037:1994 class 3) and with the introduction of the new EN131 this domestic standard was withdrawn. BS2037/BS1129 Class 1 for heavy duty and industrial use was also withdrawn.

Are there any other changes still to come?

There is a product category that still needs to be finalised.

Multi-Purpose Hinged Ladders – The current applicable standard is EN131 part 4 (2007). Again the brief is to bring the standard in line with the testing requirements of EN131 part 2. In addition there is a growing pressure to have EN131 part 1 amended to be more flexible on the base width for the MT type of ladder allowing the splayed base to be retained. 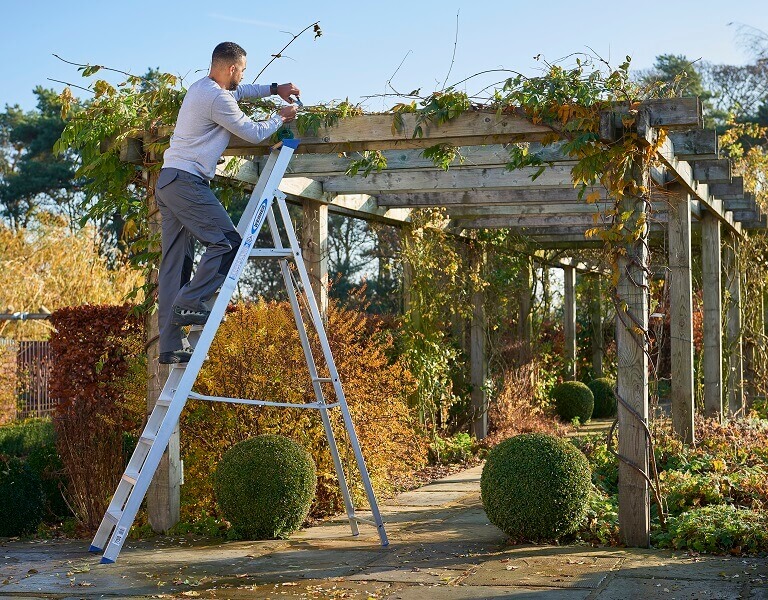 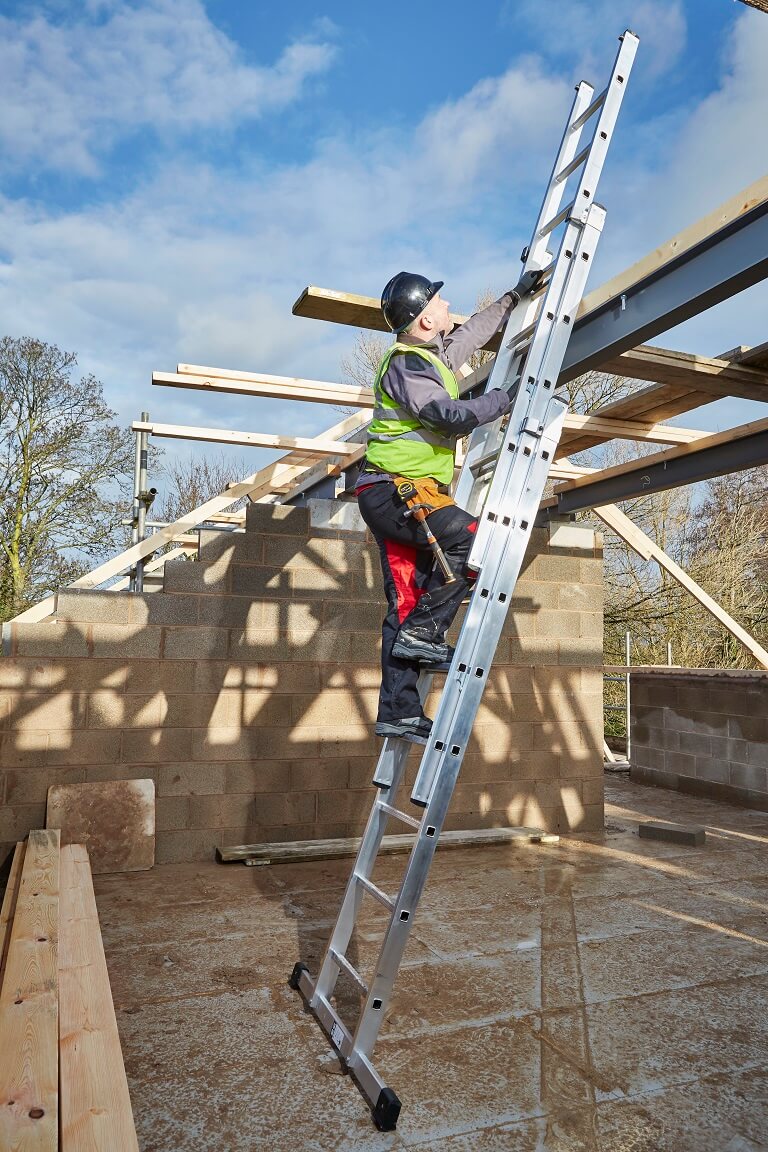 What are the main differences?

Many of the characteristics of the standards are similar but the new EN131 has introduced stabilisers on ladders over 3m, new slip tests, new cycle durability tests, as well as new tests for ladders in the position of use. Maximum load has been standardised at 150kg load rating.

Has the introduction of the new harmonised EN131 affected the range and availability of products in the UK?

Is compliance be optional?

Ladder standards in the UK are optional but as the UK has participated fully in the standards development, Trading Standards and the HSE will expect new ladders to comply after a period of grace to January 2019.

When did the new harmonised EN131 come into force in the UK?

How will I know if a product is compliant with EN131?

Products will need to be independently tested and certified for compliance and labelled with the new EN131 standard stating if suitable for Professional or Non-Professional use as per the icon.

What happens to products that do not comply with EN131?

There is no legal requirement to conform to standards in the UK but safety bodies such as Trading Standards and the HSE will expect manufacturers to comply. They will not expect users such as utility companies to stop using their current products but as they replace their ladders they should comply to the new standard.

Suppliers and retailers have a period of grace to manufacture and sell through stocks of products compliant to prior standards – these products are safe to use, and there is no requirement to remove any product from sale for these reasons.

Overview of the Tests

The major changes to ladders following the introduction of the new Part 1 EN131:2015 and Part 2 EN131:2017 Professional and Non-Professional standard includes adding stabilisers to extension ladders as well as the implementation of new and updated tests.

We take the quality and safety of our ladders very seriously and test in house and with 3rd party certification bodies to ensure that our products are safe and durable. Take a look how are Werner ladders tested to meet or exceed the requirement by the new standard. 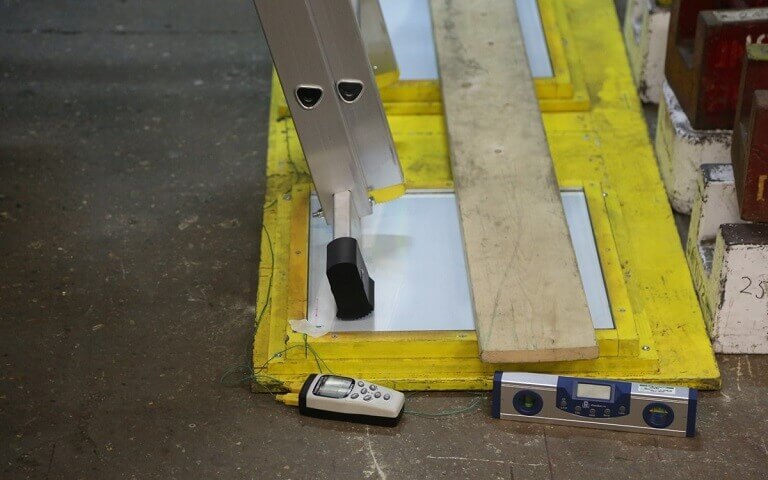 The Base Slip Test

What is tested?
Slip resistance of the feet whilst the ladder is in position of use. 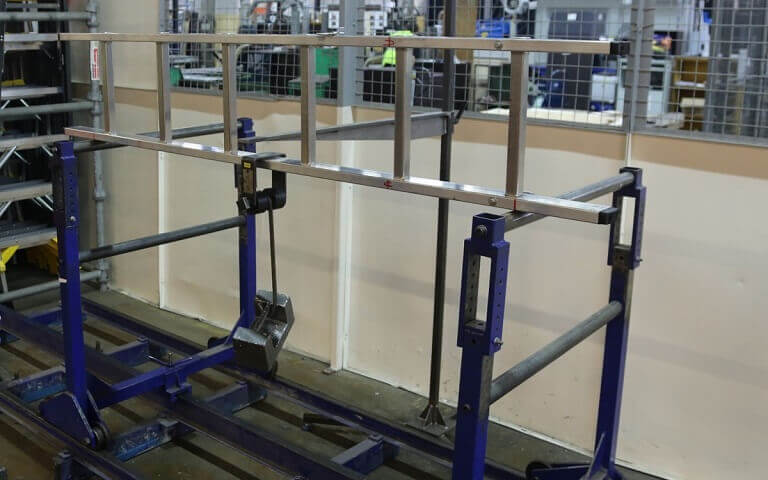 What is tested?
The bend movement whilst the ladder is laid on its side. 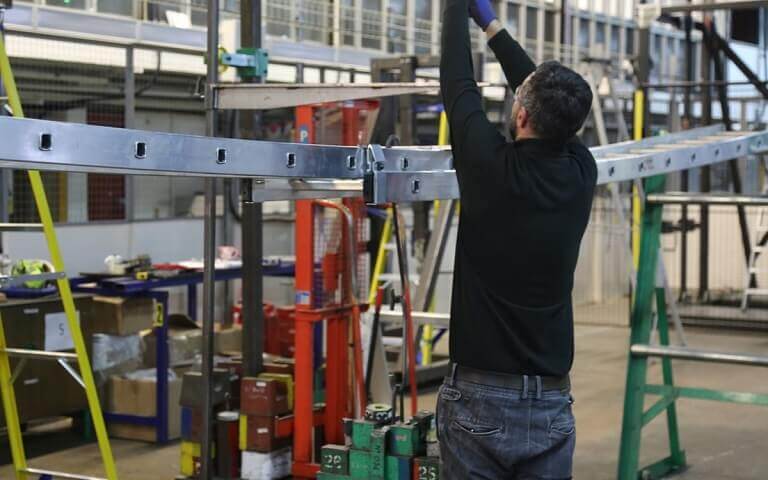 What is tested?
The bend that occurs whilst the ladder is laid on a test rig. 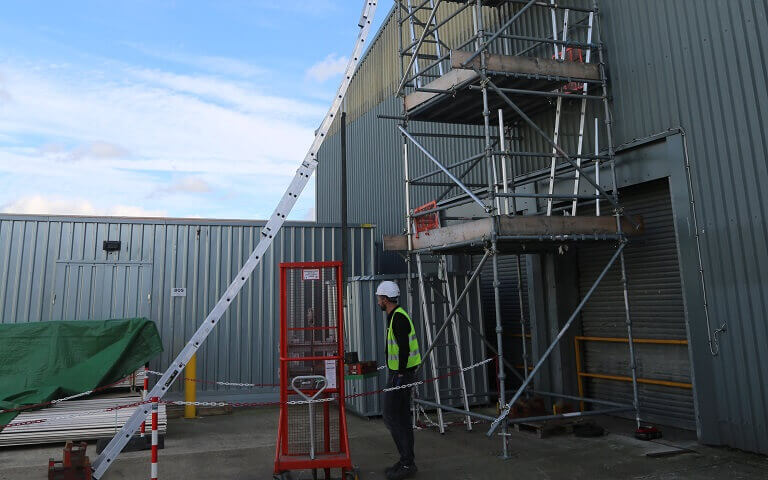 What is tested?
The strength of the ladder whilst the ladder is in the position of use. 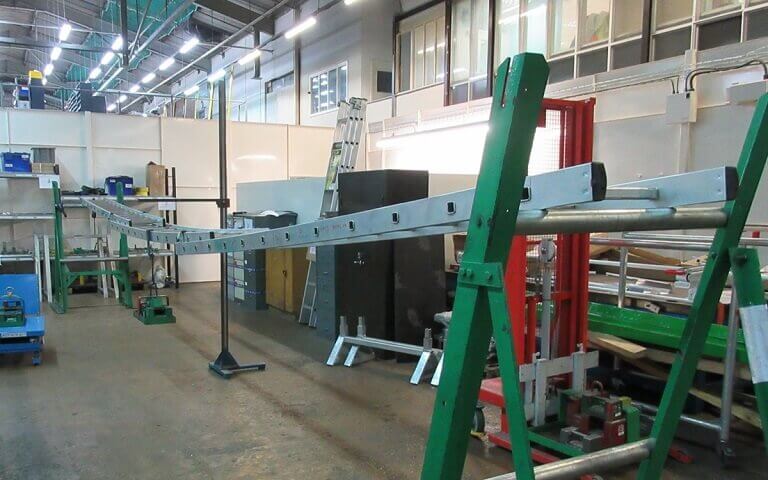 What is tested?
The twist movement whilst the ladder is laid on a test rig. 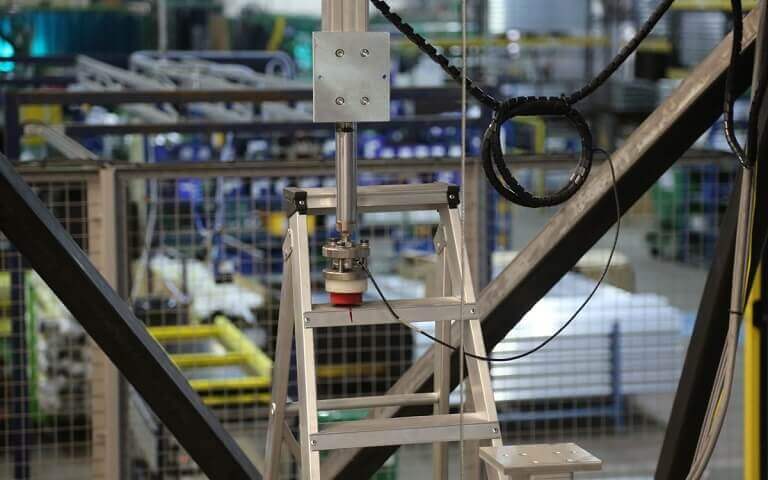 What is tested?
Durability of the ladder. 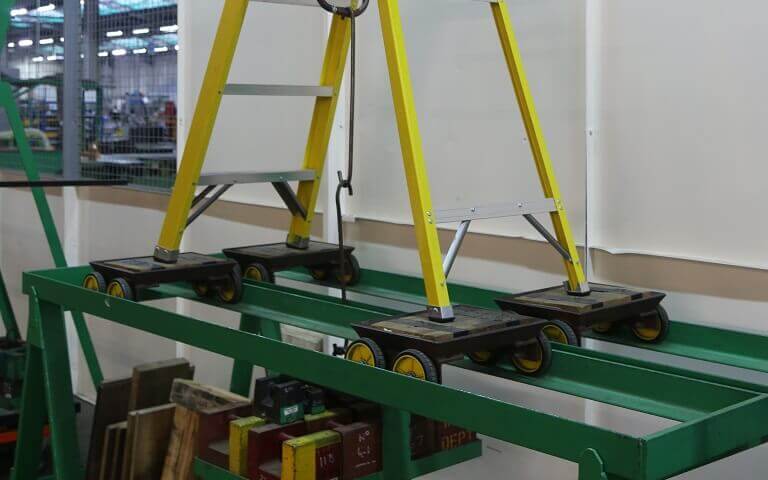 What is tested?
The durability of the opening restraints and hinges of the standing ladder. 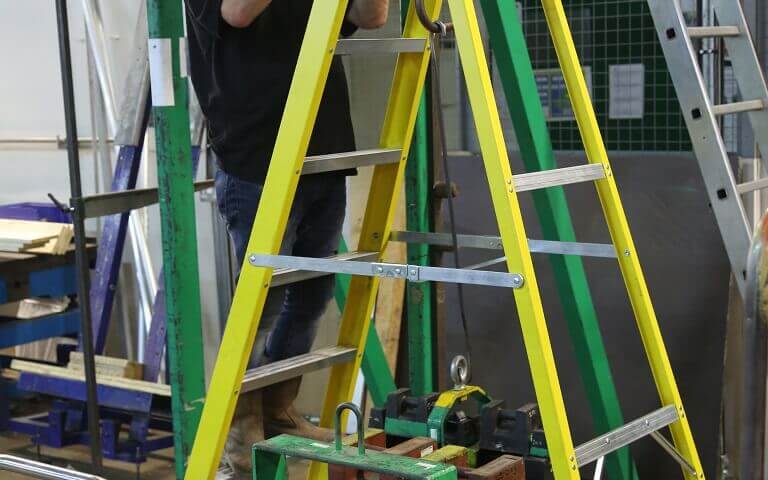 What is tested?
The twist movement whilst the ladder is in the position of use. 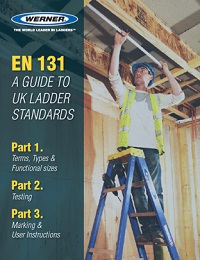 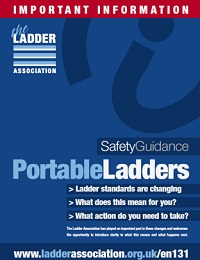 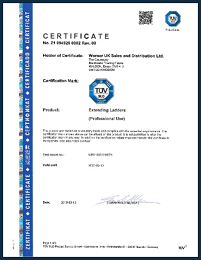 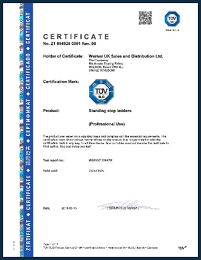 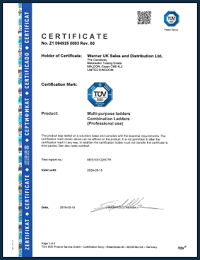